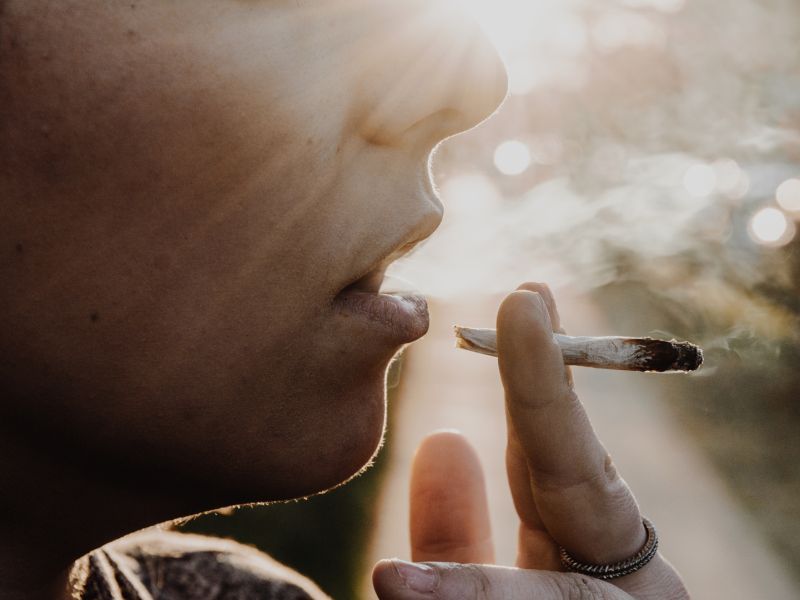 Though using marijuana for medical or recreational reasons is legal in a growing number of U.S. states, it may come with some unexpected side effects.

A new study found that women who use cannabis may be reducing their fertility.

"Cannabis use has continued to climb. More and more states have legalized it in recent years," said Sunni Mumford, an investigator at the U.S. National Institute of Child Health and Human Development. "There's an overall perception that it's safe, but there's really not a lot of research done on how it affects fertility."

The researchers found that study participants who used cannabis while trying to conceive were 41% less likely to succeed during each monthly cycle than those who hadn't used cannabis during that time. About 42% of marijuana users became pregnant during the study period compared to 66% of women who didn't use the drug.

"We found that the women who used cannabis while they were trying to get pregnant, they had reduced fecundability, which basically means that it took them longer to get pregnant," said Mumford, whose research focus is on how diet and lifestyle factors influence fertility. "And this was even though they reported having more intercourse, so it seemed like there was something more biologic going on."

The study authors said their results suggest that women trying to conceive should be cautious about cannabis use.

The study asked women to self-report cannabis use, but also asked them to provide urine samples when they entered the study and after six months or after becoming pregnant. Sixty-two women in the study -- about 5% -- had a positive urine test, indicating pot use, or responded that they had used cannabis before conception.

The data was collected from 2006 to 2012 for a broader study. It included more than 1,200 women aged 18 to 40 who had one or two prior pregnancy losses. They participated for up to six monthly menstrual cycles, while trying to become pregnant and during pregnancy if that happened while the study was underway.

At enrollment, women were questioned about marijuana or hashish use in the past 12 months.

"I think [the study] highlights this gap of knowledge that surrounds a rapidly prevalent rising drug," said Dr. Jamie Lo, assistant professor of obstetrics and gynecology at Oregon Health & Science University, in Portland. "It just highlights the fact that we need to be kind of thoughtful about marijuana when historically it hasn't quite gotten that same stigma and concern that other illicit drugs have, such as cocaine or heroin."

The American College of Obstetricians and Gynecologists recommends that women who are thinking about conceiving or are pregnant or breastfeeding abstain from using marijuana, Lo said, advice that is echoed by the March of Dimes and the U.S. Centers for Disease Control and Prevention.

More than half of women who use marijuana prior to pregnancy continue to use it during pregnancy, Lo said. Many don't know they're pregnant for several weeks after they conceive.

"The first trimester is that really vulnerable time" when, as the fetus begins development, "it's most sensitive to other exposures in the environment, including drugs," Lo said.

The study was published online Jan. 11 in Human Reproduction.

The U.S. Centers for Disease Control and Prevention has more on cannabis use and pregnancy.