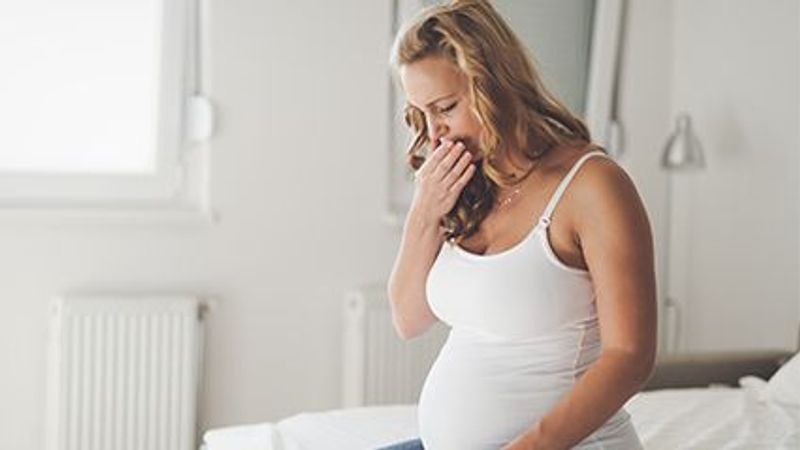 The number of women who contemplate suicide or self-harm during or after pregnancy may be on the rise, a large, new study suggests.

Among nearly 600,000 U.S. childbearing women, researchers found that close to 2,700 were diagnosed with suicidality in the year before or after giving birth. And the diagnosis -- defined as suicidal thoughts or intentional self-harm -- grew more common over time.

"The absolute numbers might sound small, but if you consider the fact that there are millions of births per year in the U.S., that translates into a lot of women," said Dr. Christine Crawford, associate medical director of the National Alliance on Mental Illness in Arlington, Va.

Beyond that, the figures almost certainly underestimate the scope of the problem, according to Crawford, who was not involved in the study.

The numbers represent only diagnoses of suicidality, and not cases that went undetected by a health care provider, which could be many times more.

"There could be multiple barriers to patients reporting this to their provider," Crawford said, including stigma, guilt or even fear that the doctor will call child protective services.

Dr. Lindsay Admon, lead researcher on the study, agreed that the findings are likely an underestimate.

Besides focusing on diagnoses, she said, the study included only women with private insurance. None were on Medicaid, the government insurance program for low-income Americans. And those pregnant women and new moms may be at relatively greater risk of suicidality, Admon said.

As it stands, doctors are encouraged to screen pregnant women and new mothers for depression symptoms. The American College of Obstetricians and Gynecologists recommends it, for example, but women generally see their ob-gyn only once after giving birth.

Pediatricians have begun stepping up, too. The American Academy of Pediatrics now recommends pediatricians screen moms for depression symptoms when babies have their routine well-child visits over the first six months of life.

Still, that may not be enough, Crawford said.

A recent U.S. government study found that postpartum depression symptoms can sometimes last for years -- or take time to arise. The researchers suggested that screening for two years might be more effective.

That screening is important, said Admon, an ob-gyn at Michigan Medicine Von Voigtlander Women's Hospital in Ann Arbor. But, she added, women also need the "next step" -- a referral to a mental health professional.

And they need it to be affordable, Admon stressed. Women below a certain income can get Medicaid coverage for pregnancy-related health care (with the qualifications varying by state). But that coverage ends 60 days after she gives birth.

For the study, published online Nov. 18 in JAMA Psychiatry, Admon's team used a medical-claims database on more than 595,000 U.S. women who gave birth between 2006 and 2017. (Personally identifying information was removed.)

And as with many areas of health care, Black women were at increased risk: Their rate of suicidality rose from 0.2% to 0.9%.

What the study cannot say is why rates are increasing.

One possibility, Admon said, is that suicidality is now being detected more often because of screening and efforts to decrease stigma. But it's also possible the true prevalence is rising, she said.

Both Admon and Crawford stressed that help is available, and women should not hesitate to ask for it.

"Women who are having these thoughts should know they're not alone," Crawford said. "It's imperative to talk to a clinician as soon as possible."

Mental health symptoms are not a sign of being a "bad parent," she pointed out.

Admon said it's important for women's partners, family and friends to try to help if they notice any worrying signs or changes in behavior.

She noted that now, in the midst of a pandemic, many pregnant women and new moms may feel isolated from their usual social support systems. So they might appreciate friends checking in with a call or a video chat.

The American Foundation for Suicide Prevention has more on preventing maternal suicide.